NATO SUMMIT: Calling on Minister Chrystia Freeland to be tough on Russia

MEDIA RELEASE
For immediate release
July 5, 2018
NATO SUMMIT: Calling on Minister Chrystia Freeland to be tough on Russia
On the eve of the NATO Summit, the Canadian Group for Democracy in Ukraine asks, in a letter to the Minister of Foreign Affairs Chrystia Freeland, to go beyond sanctions” in punishing Russia. Also, to find a way to admit Ukraine into NATO’s fold by membership or stronger military support.
The Group sees Russia advancing beyond Ukraine in cyber, propaganda, aggression and chaos because not enough is being done to help Ukraine win the war against the aggressor.  Russia has seen this for some five years now as Western weakness.  Consequently, it is advancing.
The Group calls on Canada to reaffirm its strong support for NATO and lead as the value bearer and strategic adult in the room given the highly personalized and erratic approach to foreign policy by President Donald Trump.  It warns members “to approach the Trump/Putin meeting with caution” and urges a pre-meeting and public disassociation from any “nefarious and secret” deals between the two.
NATO needs Ukraine; world peace and security need Ukraine. For nearly five years—and alone-- it has engaged militarily against democracies’ foremost enemy.  It’s experience in combatting Russia’s warfare in all its guises — cyber, terror, disinformation, kinetic – is unmatched and beyond any price tag. The letter also seeks a reversal of Nord Stream 2.  It’s “a monumental threat” to Europe. “Energy is as much a weapon in Putin's hands as military hardware, cyber - attacks, propaganda, subversion.  It makes Russia stronger and Europe weaker. It invites further Russian aggression.” The Group would also like to see Russia ousted from Ukraine by a UN peacekeeping mission.
--30—
Contact: CGfor DU@gmail.com Oksana Bashuk Hepburn  613 293 9121  oksanabh@sympatico.ca Myroslava Oleksiuk  416-471-5675  myroslava@rogers.com

Europeans, Americans and Canadians increasingly tend to choose to live as single adults without children

By Ihor Cap
A significant trend in the EU and North America that is receiving little attention in the media is the rise of single person households. We look at the numbers here. The consequences of these trends on our daily lives and well-being are not yet fully understood but will have significant impact on our changing values and family structures, human services, and policy making decisions.
Eurostat – the statistical office of the European Union (EU) observed a rising proportion of single person households. The latest EU household size statistics show that in 2017 some 34% of European households consist of single adults with no children. That’s a 3% increase from 2010 for most European nations but for some countries like Latvia the rise was especially significant with single person households increasing from 25% in 2010 to 35% in 2017. 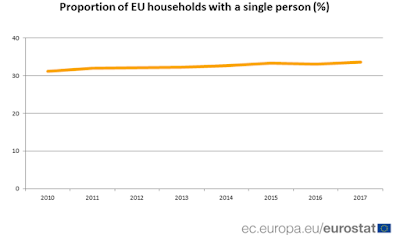 Eurostat figures also show that this proportion varies across EU Member States with Malta registering the lowest proportion of single person households (< 20%), followed by Portugal and Slovakia at 22% while Sweden tops the list of single adults without children followed by Denmark at 44% and Lithuania at 43% to 42% in Finland and Germany. 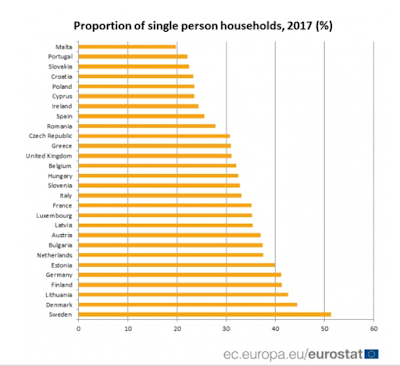 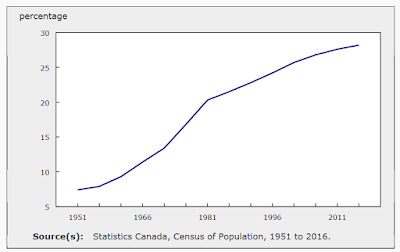