Montreal's Cathedral-Basilica Mary Queen of the World and St. James the Greater

by Ihor Cap
The Cathedral-Basilica Mary Queen of the World and St. James the Greater was designed by Victor Bourgeau and Rev. Joseph Michaud. It stands adjacent to the Fairmont – The Queen Elizabeth Hotel in Montreal, Quebec. 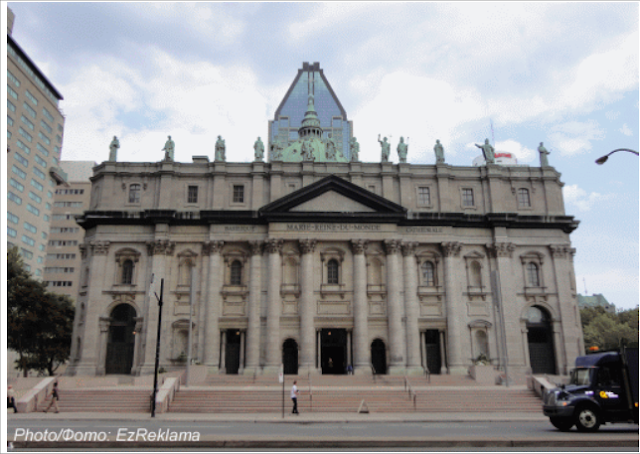 From Wikipedia, we learn that:
Cathedral-Basilica of Mary, Queen of the World Cathedral  (French: Cathédrale Marie-Reine-du-Monde) in Montreal, Quebec, Canada, is the seat of the Roman Catholic archdiocese of Montreal. It is the third largest church in Quebec after St. Joseph's Oratory (also in Montreal) and the Basilica of Sainte-Anne-de-Beaupré east of Quebec City. The church is located at 1085 Cathedral Street at the corner of René Lévesque Boulevard, and Metcalfe Street (Montreal), near the Bonaventure Montreal Metro station and Central Station in downtown Montreal.

Originally, the Cathedral-Basilica was known as the Saint James Cathedral, named after its titular saint St. James the Greater. That is why most of the horizontal band of Latin text entablature (the frieze) in the nave of this church depicts this Apostle’s life.  The addition of Mary Queen of the World came about on January 1, 1955. 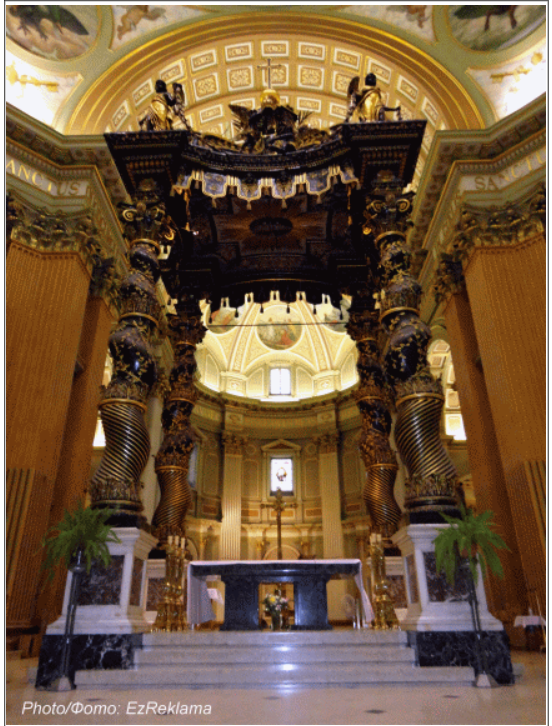 Historical paintings, icons, stained-glass windows, Italian marble and mosaic walls and floors, the Bishop’s Mortuary Chapel, a 1900 reproduction of Gian Lorenzo Bernini’s infamous Baldacchino in St. Peter’s in Rome, statues inside and outside the Cathedral, remarkable altarpieces created circa 1635, adjoining chapels, and the Cathedral’s great organ, all add to the impressive history and splendour of this Cathedral-Basilica.
Author Information:
Ihor Cap is a web author and researcher.