A significant fund was set aside by the federal government this week, providing for indigenous groups to engage in research leading to the location and hallowing of the remains of children who died while at Canada’s residential schools. This is long overdue for our indigenous brothers and sisters. UCCLA applauds the federal government for starting to atone for the forced relocation and suspension of liberties our First Nations, Métis and Inuit peoples suffered via that system.

It is a precedent.

Between 1914 and 1920, thousands of Ukrainians and other Europeans were branded "enemy aliens," forced to labour for the profit of their jailers, disenfranchised, and subjected to other state-sanctioned censures.

They were victims not only of wartime xenophobia but of pre-war racist prejudices that would persist long after the end of Canada’s first national internment operations. There were 24 camps across Canada where internees were held, including women and children, the latter at Vernon, B.C., and Spirit Lake, Que. (known today as La Ferme, near Amos).

A cemetery established at Spirit Lake by the federal government holds the remains of 19 internees, including children; the whereabouts of at least one child, Nellie Manko, remain uncertain. Despite repeated requests from the Ukrainian Canadian community for government assistance in securing, restoring, and properly marking this unique historical site, no action has been taken, preferring this cemetery remain forgotten. The site is rapidly deteriorating, and will soon vanish into the Abitibi. This is unacceptable.

Now that a $27-million federal fund is established for our fellow indigenous Canadians to locate, restore, and properly commemorate those places where innocents were buried, the UCCLA is asking federal Heritage Minister, the Hon. Steven Guilbeault, to redress the situation at the Spirit Lake internee cemetery, as well as the situation at other unmarked graves elsewhere.

The precedent of the June 3 announcement makes federal intervention appropriate, necessary, and urgent.

“We applaud our indigenous brothers and sisters for finally being able to move forward with locating and hallowing their deceased children, victims of the federal government’s residential school system. We hope that Ukrainians Canadians, victims of a federal government forced relocation and internment program, can also do the same.

“On Sunday, June 20 – Father’s Day – Canada will mark the 101st anniversary of the conclusion of the internment operations of Ukrainian and other Europeans that began during the First World War and continued for two years after. Let us not forget the men, but also women and children like Nellie Manko, who to this day remain in unmarked graves at various former federal internment camps across Canada.”

For more information about UCCLA, please email media@uccla.ca, or visit:

The Ukrainian Canadian Civil Liberties Association (L'Association ukrainienne-canadienne des droits civils) is a non-partisan, voluntary, non-profit research and educational organization committed to the articulation and promotion of the Ukrainian Canadian community's interests and to the defence of the civil liberties and human rights of Ukrainians in Canada and elsewhere.

Canadian Group for Democracy in Ukraine
Groupe canadien pour la démocratie en Ukraine
Канадськa Група сприяння демократії в Україні
CGforDU@gmail.com
http://cg4du.blogspot.com https://www.facebook. com/groups/cg4du/
April 21, 2021
Rt. Honourable Justin Trudeau Prime Minister of Canada House of Commons
Ottawa, ON K1A 0A6 PM@pm.gc.ca
Dear Prime Minister,
We are writing about a most troubling concern: the war that Russia is escalating in Ukraine with total disregard for international law and opinion of the world.
We are somewhat heartened by the latest sanctions that the United States imposed on Russia, in particular those dealing with banking, and encouraged by Canada’s support. However, we believe that even these increases will not be enough to stop President Vladimir Putin’s criminality. Some twenty years of his disdain for global law and order show that insufficient punishment for his violations only motivates his dictatorial bent to greater evil.
The punishment for his crimes, therefore, must be punitive enough this time to put him on the defensive and submit to law and order.
To this end we put forward for your consideration a bold new initiative of sterner measures intended to resolve Russia’s war in Ukraine and earn a global victory for democracy against President Putin’s dictatorship.
The key elements of the initiative are
Read more »
Posted by ezreklama at 4/21/2021 11:41:00 AM 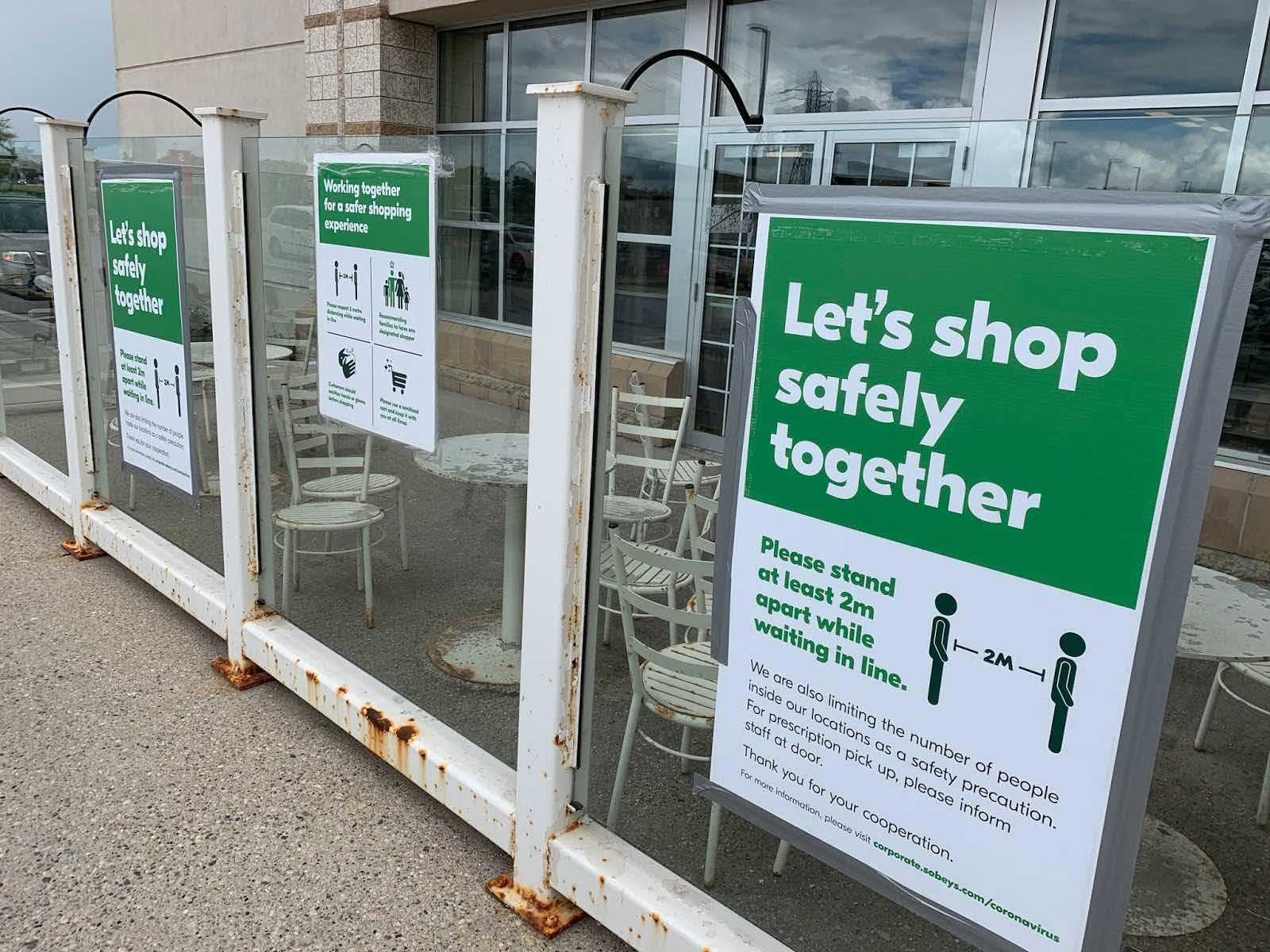 A worldwide pandemic affecting millions of people has caused hundreds of thousands of deaths. The contagious virus known as COVID-19 causes it. It caused a huge panic and people everywhere were stockpiling essentials like hand sanitizers, toilet paper and even flour. Store shelves were literally empty until limitations on purchases were more controlled.

What happens when you combine an interest in film and writing together with focus and determination?

Mike’s idea for Short Film Fan came to him in the spring of 2014, when he decided that the time was right to create the blog and to share his fascination with this quality film genre with the world. After launching Short Film Fan, Mike briefly wondered if anyone would even want to read articles about Canadian short films. Would the site resonate with the public? In fact, he believed that he would blog about Canadian shorts for about six months, shut it down, and blog about a different topic. Focused on finding good stories and sacrificing many hours of his personal time to write his articles, Mike became pleasantly surprised at what happened to him and Short Film Fan next.
Read more »
Posted by ezreklama at 3/12/2021 01:46:00 PM

1) EZREKLAMA: Greetings Borys. Thank you for meeting with us.  Could you share with our readers something about yourself, and maybe things you enjoy doing in your free time?

1) BORYS: Good day. Certainly. My name is Borys Lehkar. I come from the city of Drohobych in the Lviv region of Ukraine. After graduating from school, I entered the Lviv Technical College of Rural Construction in the Department of Civil and Industrial  Construction. My education, which was the second half of the 1980s, came at a time when the movement for democratic change and protests against the then Soviet system was gaining momentum in Lviv. I tried not to miss any demonstrations. We hung flags, glued posters, and were on duty at the Klumba (flowerbed) now a monument to Shevchenko in Lviv. It was then that I was lucky enough to meet Chornovil, the Horeniv brothers, Helia, the Kalintsy couple, and other dissidents of the time. Lviv, where I had to live a significant part of my life, remains my favorite city to this day. After graduating from college, I started working as a construction foreman, and a few months later I was drafted into the army.

By the way, the years of my service (1990-1992) coincided with the collapse of the Soviet Empire and Ukraine's independence. It so happened that I took two oaths. The first, to the USSR, and the second to Independent Ukraine. I am especially proud that I had the honor to serve at the time when the Ukrainian Army was born. After demobilization I went to work in business, and then I worked for a construction company as a foreman.

A Person Does Not Live by Bread Alone 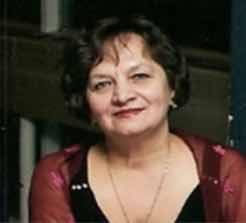 A PERSON DOES NOT LIVE BY BREAD ALONE

Lord of Heaven and Earth,

We call upon you with our prayer:

Send upon us celestial aureole

With your right hand, Almighty.

The true character of the first settlers from ethnic Ukrainian lands, is revealed to the reader from their personal memories, press archives and research papers relating to the late 19th and early 20th centuries. These courageous, hardy, stalwart, hardworking pioneers were cast by fate to the other end of earth looking for a better life.

Put Together Your New Craftsman Leaf Blower Vacuum Fast: Video Tutorial
WINNIPEG, Manitoba - Nov. 3, 2020 - PRLog -- I recently purchased my new Craftsman leaf blower and vacuum on sale. I was so happy, I couldn't wait to give it a try. Unfortunately, the three of us, my wife and I and our mutual friend online who recommended buying it struggled to put it together. My friends model was about 12 years old. Still works, but slightly different than ours. Ours is the hand-held Craftsman 12 amp Corded Leaf Blower/Vacuum Mulcher. All of us are quite savvy at putting things together but this one stumped us!The problem was the diagram. It showed the vacuum latch already open with no clear explanation on how to open it. Then by playing around with it for another 15 minutes or so, by some fluke it opened. Soon after, we targeted in on it, and we figured it out! It's actually a very simple thing to do but hundreds of people are having the same problem with it. Moreover, none of the available YouTube videos show how to open and close this vacuum latch. But now there is a video tutorial to show you how it's done. In fact, it's the only one that does!If this just described your dilemma then wait no longer.  Jump to this YouTube video tutorial by ezreklama right now and finish up your yard work!